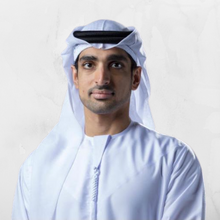 Chairman, UN Committee on the Peaceful Uses of Outer Space

As UAE Assistant Minister of Foreign Affairs and International Cooperation for Advanced Science and Technology, Omran represents the Emirates globally in the field of advanced technology and the national space sector. In June 2022, he was appointed to chair the UN Committee on the Peaceful Uses of Outer Space. Prior to these appointments, he was the Project Director of the Emirates Mars Mission (EMM) at the Mohammed bin Rashid Space Centre (MBRSC) in Dubai. He was responsible for developing, launching, and operating the mission, including the design, engineering and construction of the Hope probe, which reached its orbit of Mars on the 9th February 2021. Omran led the project from its initial conception and developed all the necessary capabilities and partnerships at MBRSC, effectively transitioning the organisation from one that focused on earth observation satellites to interplanetary exploration mission capability.

An experienced electronics and systems engineer, who trained in the US and Korea, Omran was responsible for developing and implementing the Command & Data Handling Subsystem (C&DH) for the DubaiSat-1 high resolution LEO imaging satellite. He also headed the development of the C&DH subsystem and payload electronics subsystem for DubaiSat-2, along with being a systems engineer of that project.

Prior to EMM, Omran was Director of the Programs Management Department at MBRSC, which was responsible for defining new strategic programs, the project management office and the product and mission assurance functionalities of the Centre.

Stay up to date